I’m planning on the game being a fantasy adventure game inspired by some of my favorite action/adventure games. The game will be adult in nature, and will involve strong sexual content, but I also aim to make the game fun and interesting even when its not just genitals flapping everywhere. The game’s protagonist will be Meridiana, a female magician who takes on contracts to hunt down and stop various dark cults and magical creatures.
Old Name: Magical Investigation of Meridiana
New Name: Sorceress Tale 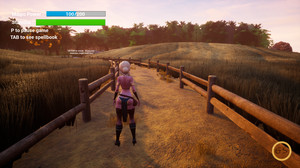 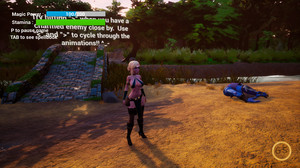 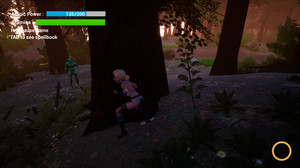 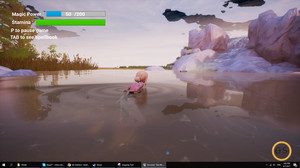 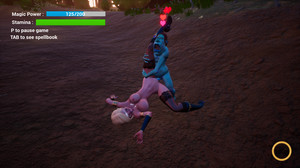 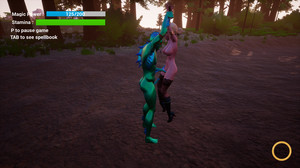 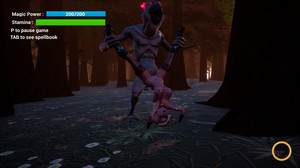 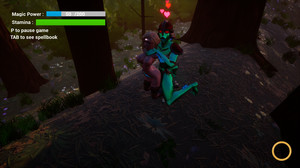 02.27.2022
The new build is up!
It has a new area that is a series of rooms, put together randomly. They include combat encounters and traps/simple puzzles.
There is also a new love animation with the hobgoblin. It will play randomly instead of the other animation!

October 29th Update
This build includes the various unfinished zones that I’ve been working on.
The garden area acts as Meridiana’s hub area.
This is where players will eventually choose costumes, weapons, items, etc,
before they go out into the world.
The hub area will also eventually include:
*A gallery to view the various sex animations you get from monsters.
*The Dresser to change costumes(Already included, but right now is a simple switch)
*The vase filled with the paintings Meridiana has found(Already included. There are currently five paintings
hidden in the other worlds)
*The The various collectibles on display(already included.There are currently three little statues hidden in the other levels)
*Bathtub for Meridiana to clean herself in(will be more useful once you can get dirtier)
*A few hidden sex scenes
*The ability to summon various demons and gods in order to drain them and gain their powers before going out into the world
*Potion making station
The tutorial level is included here as well, but it remains largely unchanged. I do want to change a few things, and add a few
more, but I want other levels and enemies finished first, so that there is a smooth transition.
The Hidden City.
Follow the short cave path to reveal the path to the hidden city. This is the basic map up to the temple, with the side path
and puzzles not yet implemented. It currently has goblins as its enemies, but the plan is for it to have its own badguys, and
some of them will be tough.
The level is also brighter then planned, as I don’t have a really good spell to create light quite yet!
The Previously built sex scene Gallery
I had to make a small fix, but this is pretty much the old sex scene gallery. Once the new one is built, this will no longer be
included.
The combat tutorial area
I like this as an area to mess with spells and badguys. Here you can enter the town and fight the guys there, or spawn enemies
of your choosing to fight.
It also includes a SUPER simple little side plot (like really really simple) that I really like, and want to move to some other
part of the world later (and hopefully expand) 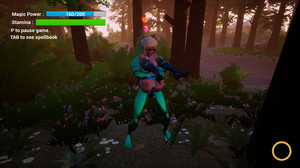 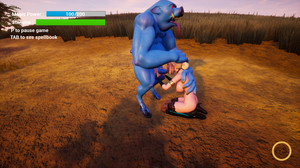