Explore a huge variety of locations and hidden areas throughout the ever expansive world of Cloud Meadow.
Among the three major towns the player will be able to fully navigate through it to discover quests, new npcs , stories and the lore behind the game. Farm to your hearts content and exchange your produce for goods and services, complete quests and raise your farms production! Breed and discover a large variety of monsters whom you can breed with one another AND breed with!
Explore a shattered world, where civilization makes its place among the clouds atop floating islands. Explore dungeons filled with exotic plants and dangerous monsters to capture and return to your farm with.

Combat stance & charge level will now persist between fights, for units that have either, this mostly will impact companion characters such as Yonten, Camellia, and Jaero.
Cooldown time for combat abilities will now persist between fights
Updated Unit Profile UI – in use with Party Selection & Active Party windows
This brings the UI in-line with other new UI (such as the Breeding window) to maximize readability, navigation & ease-of-use
Protagonist & monster units can now be renamed at any time!
New selection filters for easily sorting NPC & monster units by type/species, level range & primary stats
Equipped items are shown alongside primary stats
Improved layout for stat point allocations, including a ‘preview’ of the stat spending changes before confirmation
More & improved tooltips
Changes

Breeding Window/farm signposts will now only show monsters assigned to one group (Pasture or Barn) at a time (instead of all monsters on farm). This will enable you to use them to organize your monsters better.
Breeding Window monster group management button has been moved to the bottom of the UI
NPC combat companions now use Ev’s level & exp values – keeping them all at the same level
Combat NPCs have had all their allocated stats refunded due to the previous change
Significant number of adjustments to combat calculations – chance to crit, resist a debuff, or evade an attack should be dramatically different
Reduced Max HP gained per Stamina
Increased Damage gained per Physique
Critical hits now deal at least 125% of max damage instead of 100%
Food items that provide over 100% healing can now be used to resurrect in combat
Brontide’s Disarm ability now has a 50% chance to affect target with Sleep
Ev’s Rake Throw & Pirate Headhunter’s Bear Trap abilities are now cast upon opposing units, interrupting their attack if they move to use any ability
Improved tooltip information for all abilities & ability descriptions
Improved tooltip information for active combat Buffs & Debuffs
New Buff types – Evasion Up, Non-threatening (reduces chance to be targeted), Resistance Up, Disable Immune (immunity to Sleep & Stun)
New Debuff type – Vulnerable (takes more damage)
Taunt debuff now has a 50% chance of applying, but forces the targeted unit to use their basic (1st slot) ability on their own turn
Barrier & Max HP Up buffs now apply as a percentage of the unit’s max HP instead of a flat value
Removed the Party menu from combat
Targeted debuff now reduces unit’s evasion
Cloverton’s combat Training Room Menu has been improved
Added tooltips to the top bar UI buttons
Fixes

Fixed game crash when browsing item pages in the guidebook
Fixed a bug where new monsters could generate mutually exclusive traits – such as a positive and negative trait for the same stat type – affected monsters will keep only the positive trait
Fixed new plankton traits displaying their value as 0
Fixed combat Accelerate & Slow buff/debuffs not affecting unit turn speed correctly
Fixed Cat Stalker enemies not having their second attack ability. This attack strikes from behind, ignoring defenses, but is used less often
Fixed some issues with ability icons not updating correctly between party UI and combat
Ev now shows 100% Domesticity in the breeding menu
Fixed intercepted combat units still being affected by debuffs
Fixed Narcoleptic monster trait
Fixed issues with monster units being added to the party while on the farm
Fixed numerous combat animations & ability UI issues
Dialogue options should no longer overlap at some screen resolutions 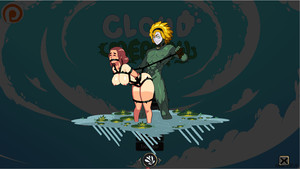 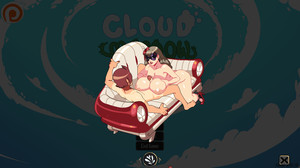