Valor and Glory is a fantasy dungeon crawler with combat, character customization and a good amount of smut!

The country of Euphoria, where adventurer and monster exploit each others alike, you’ve grown up with very little to your name. An unfortunate event then sees you thrown out of your community, as you’re forced to flee from a scene. Awakening in an unknown environment, you must find a way to make a life on your own. 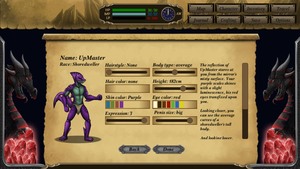 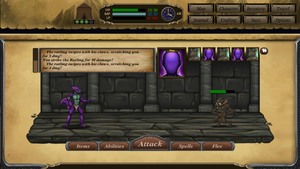 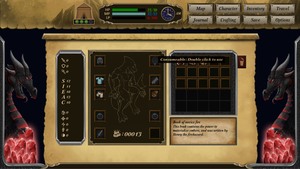 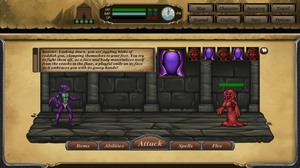 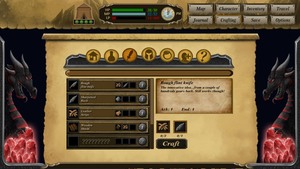 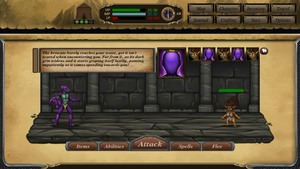 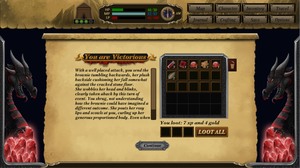 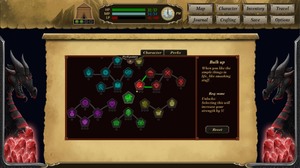 New features:
Bounty board has been added – it can be found at the barracks in Wetlock
I’ve been adding some small drawings to the story segments – hopefully making it a little
more interesting. More will be added with time.
Bad ending scenes – Some of the game-ending beasts now has a scene, describing just how your game ends. It’s always smutty.

New character: The Collector
Sells a series of items. Can be found by a quest from the bounty board

New Boss:
The croconoid monster has been added to the game

New Quests:
A new quest where you take on the Croconoid in the sewers
A new quest to introduce the player to the collector

Sounds
I’ve invested some patreon money into a sound effect pack, and I’ve added a few of them to the game.

Customization:
The male human has received more colors for his hairstyles

Changes:
Removed the lust requirement for Feron’s scene – it was more of you being the seducer scenario.
The dog companion’s max level is 10, but now upon reaching max level, the companion’s xp should correctly state that it has reached “max level”.
The bank was a bit buggy and not as user friendly as I wanted. I’ve tried to rectify this.

Fixes:
Fixed that changing races during the character creator, set hp and mp properly
The Uthgarr drinking scenes weren’t working due to some old and bad code I’ve made. It’s fixed now. Sorry…
I’ve tried to improve upon how sounds are played, since people were experiencing overlaying background tracks. Tell if it still continues.
Fixed that the boner staff froze combat.
Fixed an error where clicking continue rather than oral in Feron’s romance option resulted in a blank screen.
The combat background for the sewers where visible behind the other combat environments
Some of the statuseffects in the game was causing crashes. I’ve tried to fix this, but notify me if it persists.
Fixed an issue where the tooltip wouldn’t show for the companion’s stats.
Fixed that the code “Perverseknowledge” now can be typed.
Having either the “ballad boost” status effect or the “well fed” status effect resulted in not being able to save. It’s fixed now.
Fixed a mistake where the watcher’s robe graphic showed it needed bones to be crafted.
Fixed an issue where the magical harem pants couldn’t be crafted.
Fixed an issue where you couldn’t drag bank inventory around
Fixed an issue where you couldn’t remove items
Fixed an issue where the loot icons would turn all black rather than empty.
The item amount numbers still had raycast targets on them, which messed the drag and drop up if you release the mouse with the pointer on the number.
Might have fixed an issue with the companion’s items disappearing, but I’m not certain. Report if it reappears.
Fixed another error with status effects denying players the ability to save
The charisma items Smiggins sold had the wrong icons
Fixed that the meaty sausage can now be eaten
Fixed that quicktravel wasn’t working

Notes:
I’ve spend some time of May implementing some version control to Valor and Glory. It basically means I always have the project backed up and I can rollback if something goes bad. My former solution of using dropbox was an absolutely pitiful one – shameful to my programming peers. 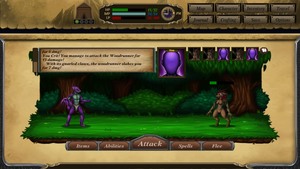 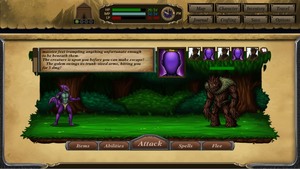 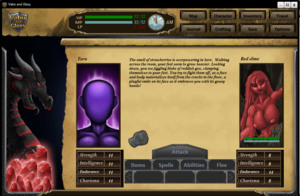 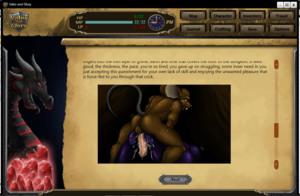 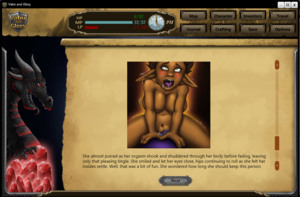 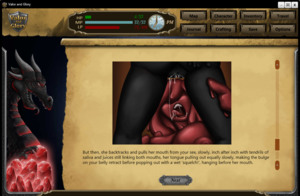